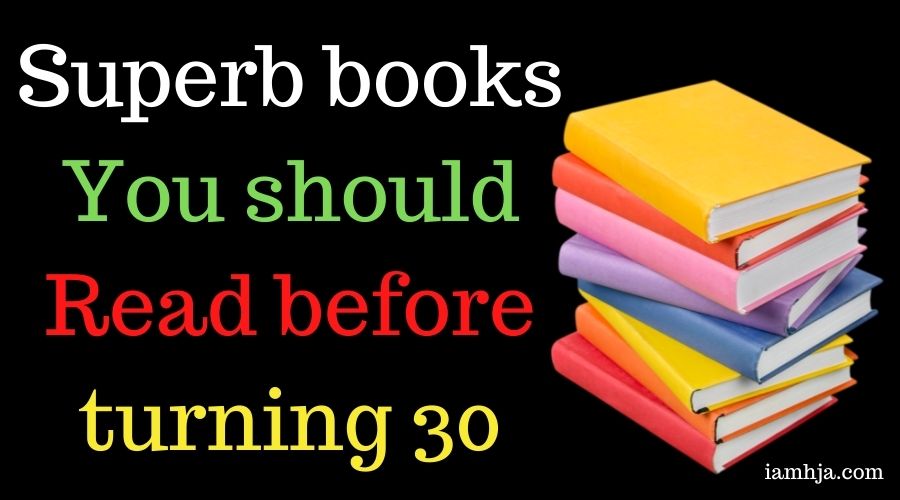 Home Knowledge Superb books you should read before turning 30

People who read books will control the people who watch TV. For those who still enjoy reading worthwhile books, in this post we’ve put together the books to read before you turn 30:

An allegorical parable novel about a young brahmana named Siddhartha, about how important life experience is and what it can lead to.

A dystopian novel describing the life of a state with a totalitarian regime. Many years have passed since the book was published in 1949, and the novel is still relevant today and is considered one of the most outstanding works in the dystopian genre.

3: To Kill a Mockingbird, Harper Lee

An educational novel by American writer Harper Lee sheds light on social issues such as racism and poverty that the United States faced during the Great Depression. An inspiring story about the struggle for justice and against prejudice.

A novel just can’t leave anyone indifferent. He describes the terrible, perverse aspects of youth culture, which are not spoken about out loud, but which exist. Hard enough to read and comprehend, the novel will nevertheless open your eyes to many things, or at least make you think.

5: For Whom the Bell Tolls, Ernest Hemingway

A short story about war and heroism, about cruelty, death, and, of course, love.

A novel, no, not just a novel – a life-long story, a large-scale story about a whole period in the history of the Russian state, the war with Napoleon. And against the background of these historical events – three figures: Andrei, Pierre, and Natasha and their fanciful fates.

The book, written in the period marked by the French Revolution, is the first treatise in which, for the first time in the history of mankind, the principles of building a democratic society were fully formulated and clearly stated.

8: On the social contract, Jean-Jacques Rousseau

The most famous quote from this work: “Man is born free, and yet everywhere he is in chains.” This phrase largely symbolizes the spirit of the treatise – about the importance of observing the individual rights of each person within the framework of his existence in society.

One of the most characteristic and popular pieces in the direction of magical realism.

The work of the English naturalist Charles Darwin, published on November 24, 1859, which is one of the most famous works in the history of science and fundamental in the field of evolutionary science.

11: Wisdom of the Desert, Thomas Merton

A collection of reflections on the topic of life, how it is to exist simply and sincerely in harmony with the world, with a force that seems to be much greater than ourselves.

The author of the book claims that even small ideas, very small things can cause global social changes. Gladwell pays special attention to those moments in the history of the development of society when changes can no longer be stopped, but you can only watch how they occur.

13: The Wind in the Willows, Kenneth Graham

Possibly one of the best children’s books ever written. The short novel is about the value of simple joys in life. And everything is in it: a little mysticism, adventure, friendship, and, of course, morality.

One of the oldest treatises on the art of warfare, the book is at the same time one of the most successful textbooks on strategy and tactics.

How Social Media Affects the Mental Health of Students?

Keys to Success in Running your Flower Shop

270+ Best Cheese Puns and Cheese Jokes for Everyone