RuneScape is one of the oldest MMORPGs still available today, so it’s no surprise that it’s become dated. Or rather, it’s old but pure OSRS gold, as it’s a good game that continues to prove its worth today; it even does some things better than the more recent MMOs. 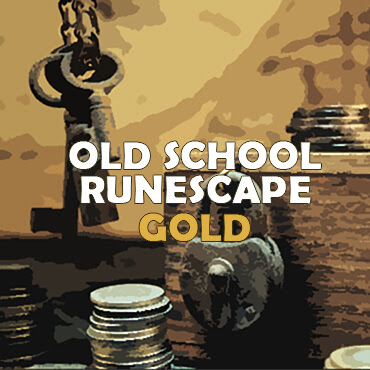 Contents show
Old and Gold: Why Is Runescape Awesome?
Older But More Open
No Class At All

Old and Gold: Why Is Runescape Awesome?

Here are the top reasons it’s such an awesome game.
Since retro has become cool, RuneScape is too! Instead of the usual photorealistic graphics of today’s games, you get simple block-like polygons on a top-down view. And instead of complex controls that almost occupy an entire controller, the game is a point and click–as basic as it can get!
What the game lacks in eye candy and elaborate mechanics, though, it more than makes up for thru sheer fantasy; the player has free rein to ride the waves of their imaginations. Check out the game’s official art for certain locales, monsters, and even gear, and then use them as a guide on how you’re going to picture your time in Gielinor. Or perhaps you can create your own mental image of your own adventures!
Also, because the game is quite old, any computer can run it without a hitch. It can even be played on the browser, saving you disk space, although by not much.

Another way that RuneScape compensates for its less than stellar visuals and quality of life features is that it provides a truly immersive role-playing experience. Final Fantasy XIV and WoW are theme park MMOs, where the game railroads you to certain content, which you then have to repeat over and over again. RuneScape, on the other hand, is a sandbox. In the unlikely event that you haven’t heard of the term being used in gaming jargon, it’s meant to describe games where players have so much freedom.
Want to go to a certain place? Save for those that have prerequisites, you can pretty much go whenever you please. Want to take up a particular skill? Just go ahead. Seriously, can you plant trees in WoW or Final Fantasy XIV?

No Class At All

Speaking of skills, it’s also one of the things that make Old School RuneScape(OSRS) stand out from other MMORPGs. Some would even claim that this particular mechanic makes the game, in a way, more advanced than more recent ones. Rather than be assigned with a particular class, RuneScape adventurers master various skills instead. If The Elder Scrolls took until Skyrim to realize that a classless system works well then Jagex thought about it right from the get-go.
Having a system based on skills instead of the class gives players ample flexibility. This is because of class confines players to a particular function. Skills, on the other hand, level up your Combat. This is perfect, for example, in instances such as if you want to be a melee fighter. Want to receive less damage from
foes? Grind Defence. If the next moment you want to be an archer, you won’t have to make a new character; just level up your Ranged. You can even jump to Magic after that.
There are also skills that are not combat-related. Crafting and Smithing are pretty much self-explanatory, and there are also gathering skills such as Woodcutting, Mining, and Smithing. To be fair, Final Fantasy XIV gives you flexibility as well, as your class levels up instead of the character itself. However, FFXIV requires you to switch classes whenever you want to do something else, unlike in RuneScape where you simply equip the gear you need.
There are lots of MMOs out there, but none of them have the creative simplicity and staying power of RuneScape. So go try it out and give yourself a uniquely old but gold role-playing experience!
http://feeds.feedburner.com/Iamhjacom Why the UI/UX Designs for Games Matter