in the third edition of Pakistan Super League three Matches, 3 matches including 2 playoffs & final were in Pakistan.

the 4th season of the PSL Will Played fives venues, 3 in UAE and 2 in Pakistan. Dubai, Sharjah and Abu Dhabi are 3 stadiums in UAE. now 2 Pakistan gameplay venues in Karachi and Lahore. the final will be held in Karachi 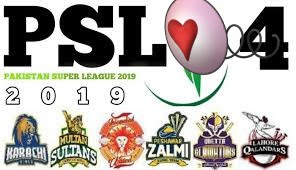 Mar 7, 2019: Now Tournament is moving to pak for the final leg. both Lahore and Karachi would play  2 matches each in front of their home crowds

Psl is Just A Match With Six Teams and Cites.now this is not a war many people not understand this just a game of few days and this is not a game with other countries. the Pakistan Super League is With ower own country cites.many people fight with each other
we are best we are best but we are one nation that,s truth just understand. Just Support each cite and respect to each other.
May Be My Collection of Team is Right.
Islamabad United Squad.
Karachi Kings Squad.
Quetta Gladiators Squad.
Lahore Qalandars Squad.
Multan Sultans Squad.
Peshawar Zalmi Squad.
We are One Nation. I am Support All the Teams. This is Just A Match and Gameplay of a few days. many people come into the streets and behave like a pagle. can you understand pagle what is pagle? okay just my mean is not do this that plz just watch the game and one cites is win this is not one city win the Pakistan nation win.

Pakistan Super League ( PSL) Many Of Your Relatives Form other Cites

now your many relatives and friends also form other cities some form isbd and some form Lahore and some for Karachi.can you fight with theme we are a winner. off cours, not this is just game.we are all winner. The News Channel is Like A Girget  can you understand Girget the girget is Animal he Changes Many Colors at a time. now news channel do anything for the channel of (TRP). he is Not with innocent peoples.in the PSL When someone Meet With you in PSL form other cites do not fight with him.i don’t know people do not understand this is just game not fight.

now every City Teams Not Fight With Each Other. Maybe Fight after my Post🤣🤣
every city team takes this Just A Game Not a War. but TV Channel for Money stands every city ready steady go and Fight🤷‍♂️🤷‍♂️. every city team players are friends and also talk with each other but why people are fighting with each other in the streets.we are Best We are Best not we are the One Nation and The NAtion name is (Pakistan❤💕😍)
I hope You Understand My Post, Talk  and My super HD English😜😁
Just Understand PSL is Just a Match🏏 Not a War We are One Nation form starting Match and After The Match.
What you say in the Comment Bar
We are……………?
http://feeds.feedburner.com/Iamhjacom