Some games are timeless; we have been playing them since we were in high school to this day when one may be in university or working a full-time job. They have a rich legacy, having created thousands of pleasant memories in our minds. The game exists at one point in time, but hardware and software have advanced tenfold in the same period, so there are bound to be compatibility issues, such as errors regarding d3dx9_43.dll missing. 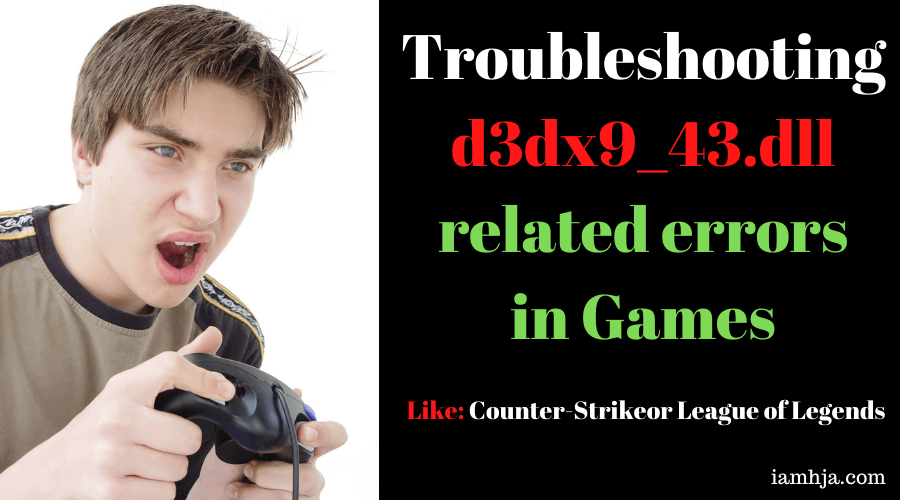 It is natural for any software to break and exhibit errors from time to time. As the motif goes, “nothing is perfect”, the same holds true for software. No software is perfect, bugs and errors pop up from time to time, and things break down. From the Apples and Googles of the world to the independent developer working late nights in his room, bugs and issues in any genre of computer software are an inevitability.

Popular Video games such as Counter-Strike and League of Legends have been in existence for almost 10 and 12 years, respectively, resulting from which they have accumulated a lot of technical debt. Technical debt refers to the implied cost of additional rework caused by choosing an easier and limited option over a more thorough approach that would last longer.

As a result of being launched so long ago, they were initially developed for different hardware and software standards. Henceforth, they have prerequisites and dependencies that predate modern versions of Windows. If one has played these games for an extended period, you have likely run into some unwelcome error such as d3dx9_43.dll missing or some other variant of it.

The current version of Microsoft Windows is Windows 10, which by default does not have support for DirectX9, or 9.0c, resulting in files that are critical to the proper functioning of the game like d3dx9_43.dll missing.

The object, as mentioned above, is a core Dynamic Linked Library (DLL) of the DirectX 9.0 API for rendering visual graphics and conducting other similar functions. However, as complicated as it seems at first glance, don’t fret, as the solution is simple and does not require any advanced computer knowledge.

You can easily search the internet for the requisite DLL file you are looking for and find it on a relevant website. After obtaining the file, it is just dragging and dropping the file into the correct place. Now, the next step would differ depending on your type of Microsoft Windows. It can either be a 32-bit version or the 64-bit version.

The initial path would be similar for both versions, that is “C:/Windows”, the sub-directory from hereon will differ, a version of 32-bit Windows and applications would ideally utilize the dependencies under “System32”, and similarly, a 64-bit Windows version and any relevant applications would use the dependencies under “SysWow64” to execute their code and run the software.

However, DirectX dependencies are directly used by the concerned application as well, so another copy likely needs to be pasted into the folder of the application. This may be your default directory for League of Legends, at “(your drive):/Program Files/<game name>”. For games installed via storefronts like Steam, as Counter-Strike does, the directory may differ to something like “(your drive):/Program Files/Steam/steamapps/common/<game name>”.
Now that you know how to redress this common issue, get back to your game and grind to be the best!

Upcoming Slots Online: What should you look out for?

Can I win jackpots at online bingo?

Predicting the Most Influential Games of 2021

260+ Best Cheese Puns and Cheese Jokes for Everyone